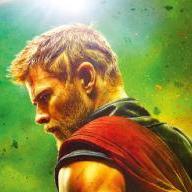 The Orville - hang on, its actually been renewed for a third season!